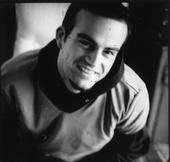 Played some Mabafu on BSWC-The Show last night. Dug it. So, I thought I would would look around for some other stuff by the same artist.

Man, this is a sweet gig.

Today's selection is from a release called Sonido del Calle [hc161]. The release showed up in March of 2006 on archive.org. Since then, it has been downloaded 5,149 times.

According to Mabafu's Myspace Page:

"Mabafus sound is best described as lofi latin dub influenced by hip hop and electronic elements.
The two most important elements are trumpet and bass."

Mabafu - All the Working Girls
Posted by Biotic at 8:41 PM